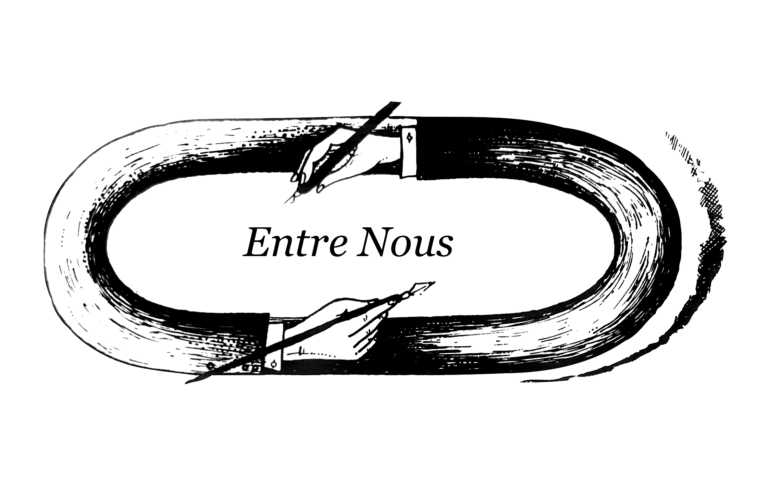 The phone shrills and, like a racehorse, the film is off. A worn Coco Chanel has a brief conversation where she is told she is wanted for a new collection. As if by magic, her eyes sparkle again. A hard cut to black, accompanied by a vivacious sonata for piano and oboe, informs us of the time and place: Paris, 1953.

It is here that the story of The Return picks up, with a Mademoiselle Chanel forgotten and fallen into near obscurity from the world of fashion. War has passed and tastes have changed, and she is left concerning herself with the dribbling revenue from her perfume line. That is, until that phone call resuscitates her like a phoenix: her verve and determination drive the rest of the story, to catapult the name Chanel back on the label of every well-dressed lady of society.

Woven like a fine English tweed, The Return is a wonder of skills. Written and directed by Chanel creative director Karl Lagerfeld – in a surprising turn to cinema – the short film masterfully glides through the span of five years to tell a story of determination and faith in one’s own abilities. No obstacle is encountered that the protagonist, nor the creative staff, cannot triumph over. The portrayal and construction of the protagonist is like a rich, luscious crepe de chine, and the atmosphere an authentic tweed.

Playing Mademoiselle Chanel is Geraldine Chaplin, in a tour de force to be reckoned with. Moving, convincing, and entirely human, Ms Chaplin is formidable. She makes a tremor of her fingers, a bat of her eyelids, a stammer in her voice, as expressive as a Shakespearean soliloquy, and as genuine as the effects of method acting. Her skill for characterisation goes far beyond the standards set by contemporary actresses. She is Mademoiselle Chanel, and reveals the intimate and vulnerable humanity that lies beneath the cantankerous directness encountered on the outside.

Backing this compelling portrayal is a solid construction of the character, provided by Mr Lagerfeld. Mademoiselle Chanel is a woman on a mission, and that mission is to return to the world that feeds her joie d’esprit: the world of fashion. Yet there are no hysteric fits, no Norma Desmond delusions of grandeur – though Gloria Swanson is alluded to, en passant. No, Mademoiselle Chanel is entirely grounded and keeps her eyes open to reality, and that is what renders her depiction so endearing. One willingly accepts her brusque and authoritative mannerisms because that’s the means she has decided to employ to return to her rightful place.

These character traits are encountered through a rapid succession of scenes depicting the escalation for Mademoiselle Chanel’s awaited return. The startlingly abrupt telephone call leads to a chain-stitch of scenes in fitting rooms: bustling assistants in white work aprons obediently follow directions as to which fabrics to use or where to hem a skirt or add a feather. Ms Chaplin is in fact surrounded by a cast almost entirely in lipstick and kitten heels, second only to The Women. The only major male figure is an American journalist set to interview Mademoiselle Chanel, played with understated and worldly acumen by Rupert Everett.

During the first défilé Mademoiselle Chanel is already perched on her famed mirrored staircase of 31 rue Cambon, but it is only five years later that patrons turn their heads in applause for her work. It is here that the film lets loose with crepes de chine and tweeds to form a masterful patchwork of luscious textures.

What is equally masterful in its creation is the dialogue. Laudable for capturing the polite essence of the period, and the fresh energy of the Chanel fitting rooms, it too ranges from sparse utterances to witty and articulate conversations during social occasions. It captures the essence of Mademoiselle Chanel as a crisp, intelligent woman who speaks in curt, staccato tones, resonant of a sewing machine’s stitching.

One of the few drawbacks, which almost passes unnoticed, is the mannerisms brought during the défilé by the actresses portraying the models. Given that the actresses are not actresses at all, but Chanel models themselves, they strut down the aisle in contemporary contempt, rather than period elegance. Likewise, their makeup, designed by Tom Pecheux, betrays the era, with too strong a touch of ‘contemporary harshness’.

Despite such minor shortcomings, Mr Lagerfeld deftly manoeuvres all aspects of the courtmetrage with the aplomb of an auteur director. In fact, it is lamentable that the film is only a short and not a full feature since it had the wherewithal to excel as one. And yet, even in its short span of twenty-five minutes, it delves more into the inner persona of the protagonist than do most other feature films, painting a subtly intricate portrait that reveals inner depths and resounds with universal themes of survival and resolution. “Good taste,” Mademoiselle Chanel says, “is something spiritual,” and The Return abounds in it.